We want to convey the message of a significant part of the Turkish Nation living in South Azerbaijan (northwest Iran) and the public we represent as South Azerbaijani political organizations.

When the Pahlavi dynasty seized power in 1925, the idea of Persian nationalism came to power in Iran, and thus non-Persian nations, which made up more than half of the country’s population, were subjected to systematic assimilation and colonization. Nearly a century, all non-Persian nations, including the Turkish Nation in South Azerbaijan were subjected to state persecution and discrimination and therefore they were colonized in the mean of culture, economy and politic; while all their material and spiritual wealth has been plundered.

In a century-old colonial life, the Turkish Nation, which constitute 40 percent of Iran’s population, at least four times began uprising to dominate its own destiny. However, unfortunately every time the Iranian state has suppressed the liberation movements of South Azerbaijan by force and violence.

Today, the South Azerbaijani Turks are struggling to determine their fate by civil and democratic ways, and for this, South Azerbaijani national and civil activists are subjected to oppression and persecution of the Iranian state.

As a group of political organizations of South Azerbaijan, we would like to inform you that the people of South Azerbaijan who live as a colonized nation are struggling to dominate their own destiny; using civil, democratic, non-violent ways and in accordance with international laws and norms.

We would like to inform you that Turkish society’s achieving the rightful demands in Iran, who are 40 percent of the Iranian population, would have a major contribution to the ending of the terror and instability that the Islamic Republic of Iran has established on the axis of Persian-Shi’ite extremism and to the peace and tranquility of the region. To achieve this goal, we are ready to work with all democratic forces in and out Iran. 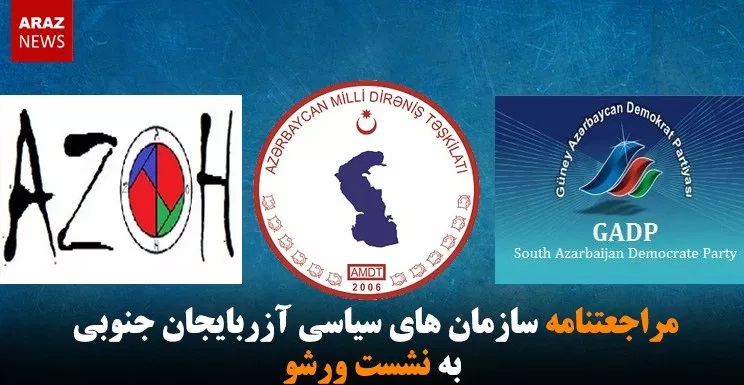